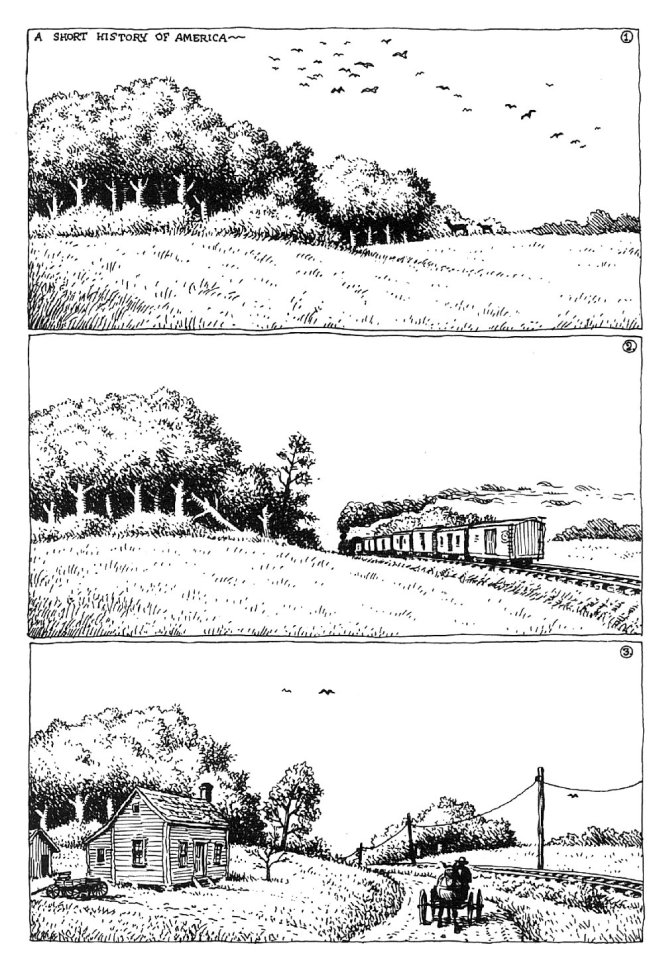 Hey! The 15-panel poster version of “A Short History of America” is still available, new, from an online seller. It’s a lovely piece of work, no doubt, but I have to say, I actually prefer the 12-panel version, which didn’t attempt to predict the future but instead was simply a clear-eyed meditation on how America had changed from the arrival of the railway up until the late 1970s, when Crumb drew the strip.