The “Make Beautiful Hair Blecch” ad parody, which featured Frank Frazetta’s classic portrait of Ringo Starr, was the back cover of issue #90 (October 1964) of Mad Magazine: 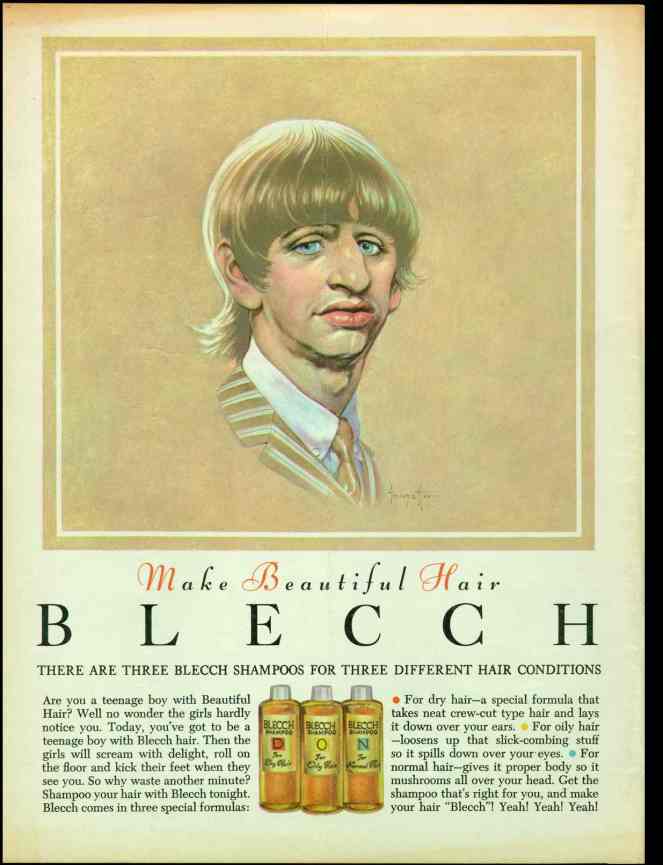 The story is, Frazetta’s “Ringo Starr” portrait caught the eye of United Artists films, which then commissioned Frazetta to do his first poster art for a movie, What’s New Pussycat?, a 1965 comedy written by Woody Allen. I don’t have a copy of that poster, but I did purchase an LP, in very good condition, of the What’s New Pussycat? Original Motion Picture Score, with music by Burt Bacharach, last month from a local Value Village store, and have been waiting for the right moment to post it. Now might be the time: 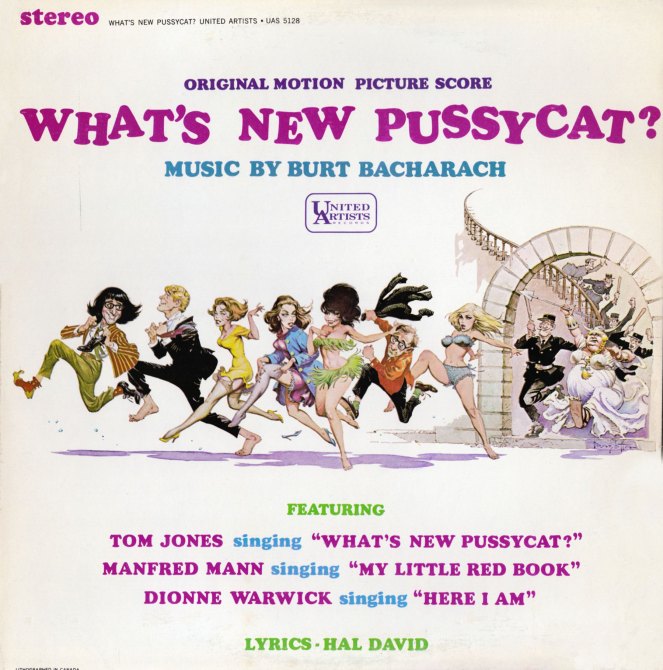 Guess it’s lucky for fans of Frazetta’s movie posters that the “Ringo Starr” portrait appeared in a beautifully designed fake advertisement on the magazine’s back cover, where it could be reproduced in “glorious technicolor,” because buried inside the magazine, where it would have had to appear in black and white, the portrait probably would not have attracted the attention from Hollywood that it did, and Frazetta’s lively and lucrative side-career as a movie poster artist would not have gotten off the ground.

BTW, sorry about the lousy image quality: the album wouldn’t fit on the scanner bed, so I had to scan in pieces, stitch together the panoramas, and touch up (very roughly) around the edges. The results aren’t the best, but I’m not scanning (or photographing) for print reproduction, only appreciation.